We are committed to offering unique dining experiences. To discover and champion emerging talent and most importantly, support local producers and the businesses in our community.

Award-winning culinary excellence, extensive hospitality knowledge and a unique family touch have combined to establish Fink as a leader in innovation and quality in the Australian restaurant industry.

Fink is driven by long-time restauranteur, entrepreneur and group chairman Leon Fink in partnership with his son and creative director, John Fink. The strong leadership is supported by general manager Jeremy Courmadias and a team of passionate individuals who all bring a breadth of hospitality experience to this exhilarating industry. 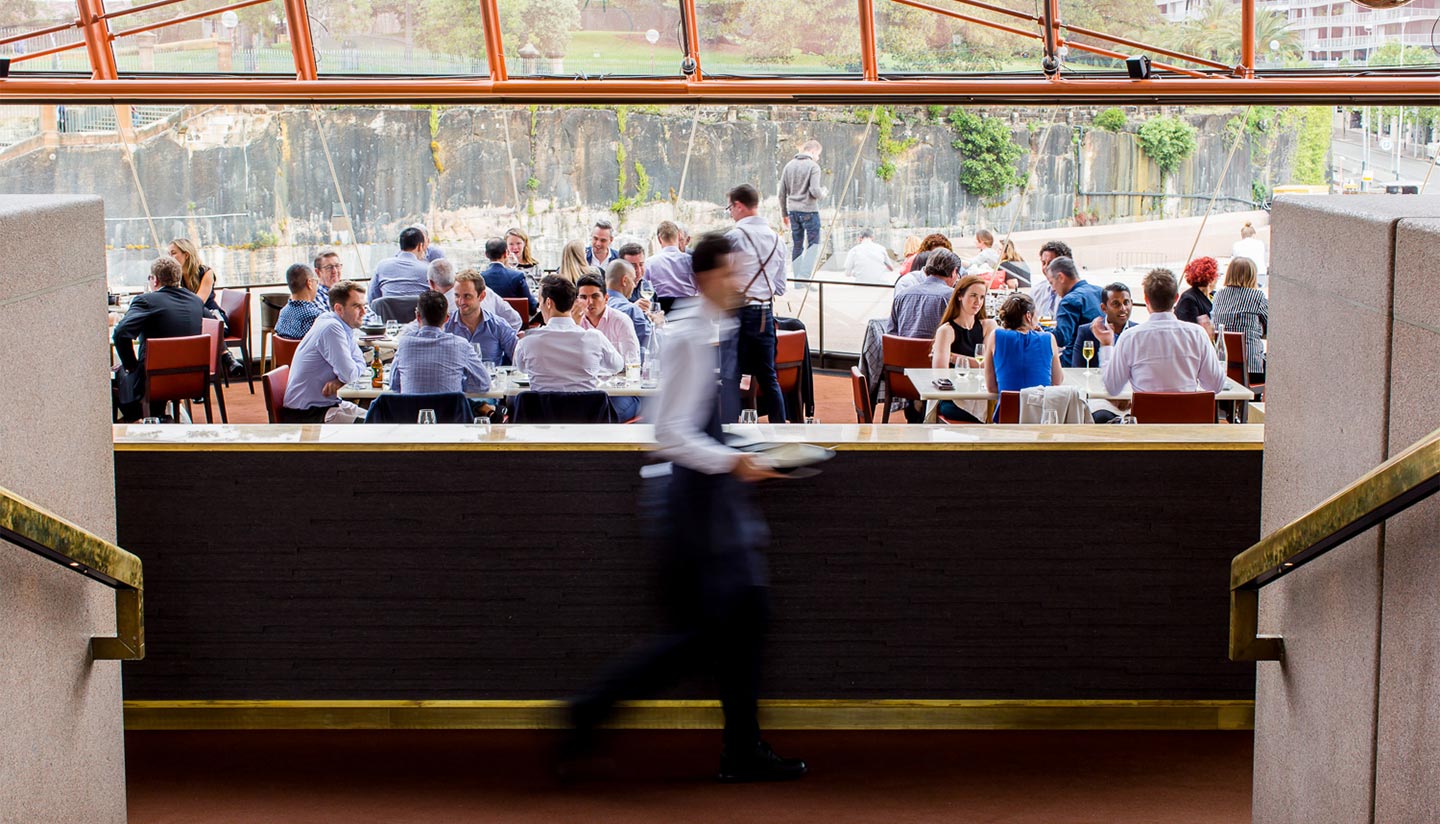 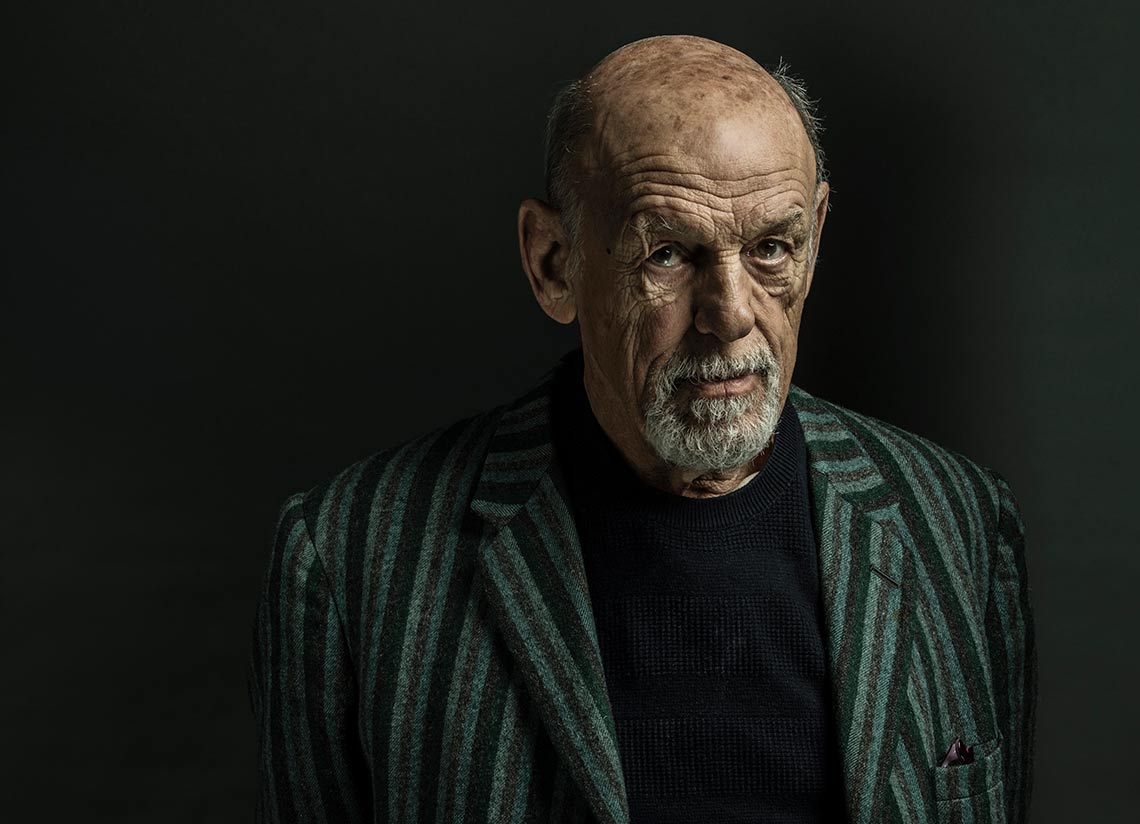 Leon Fink is the chairman of the Fink. He is intimately involved in the day-to-day workings of the Fink restaurants. A man with many passions, Leon has also been a property developer, film producer and theatre owner, along with a long-time devotion to being a quiet patron of the arts and civil libertarian pursuits.

He is also a most ardent, curious gardener and landscape designer. After establishing a community vegetable garden in his home suburb of Clovelly, Leon was inspired to partner with farmers and rural producers to grow bespoke vegetables for the Fink kitchens and dining rooms. Perhaps the pinnacle of Leon’s landscaping obsession saw him design and support the Australian section of the Israel Botanical Gardens. 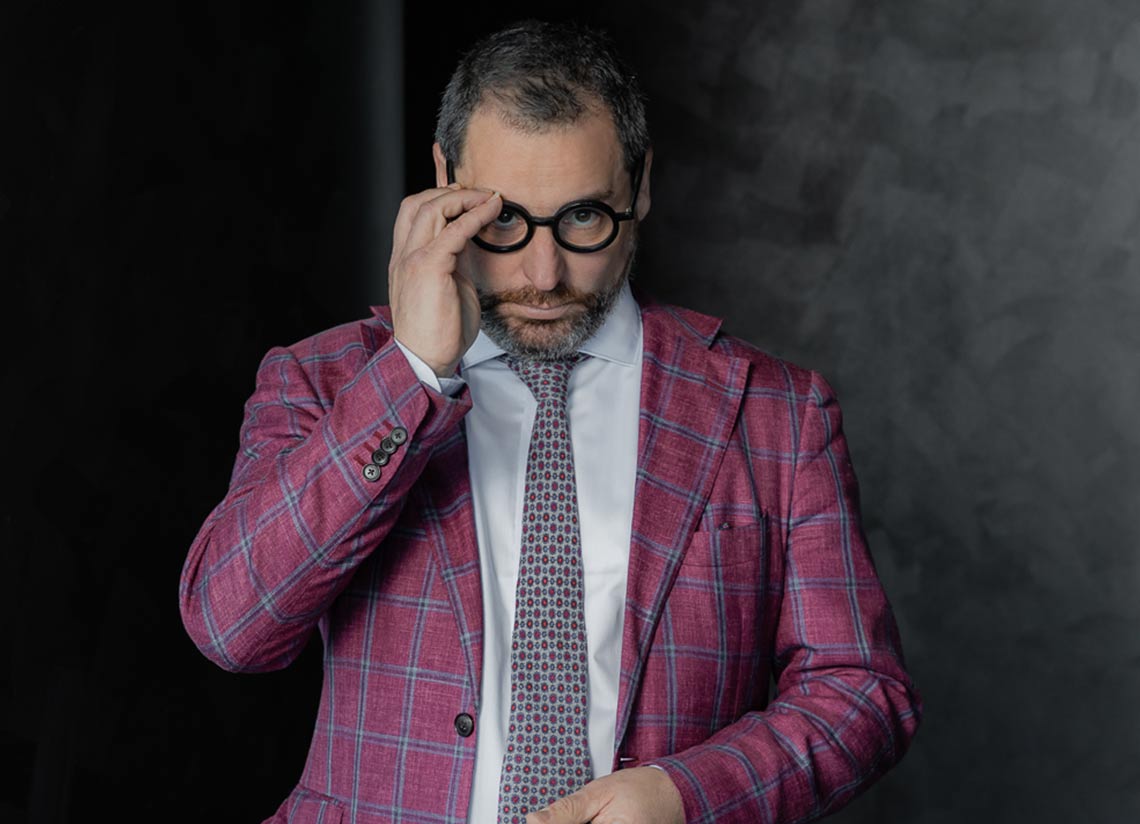 John Fink is a restaurateur, a writer and a filmmaker. As Creative Director of Fink, John runs the family restaurant business with his father, long-time restaurateur, theatre-owner and hotelier Leon Fink.

Most days, John can be found at one of his restaurants, ensuring they retain their place as Sydney’s most loved dining establishments, or at the group’s head office in Surry Hills planning his next big thing, all the while keeping a watchful eye over the engine room of the business.

When he finds time, John also works on his personal slate of scripts and films, a passion and talent he undoubtedly inherited from his mother, the prominent Australian film producer Margaret Fink. At home in Clovelly, down time is shared with his partner Estelle, and son Elliott, tending to his vegetable garden and chooks, or cooking up a storm for one of his famous paella parties. 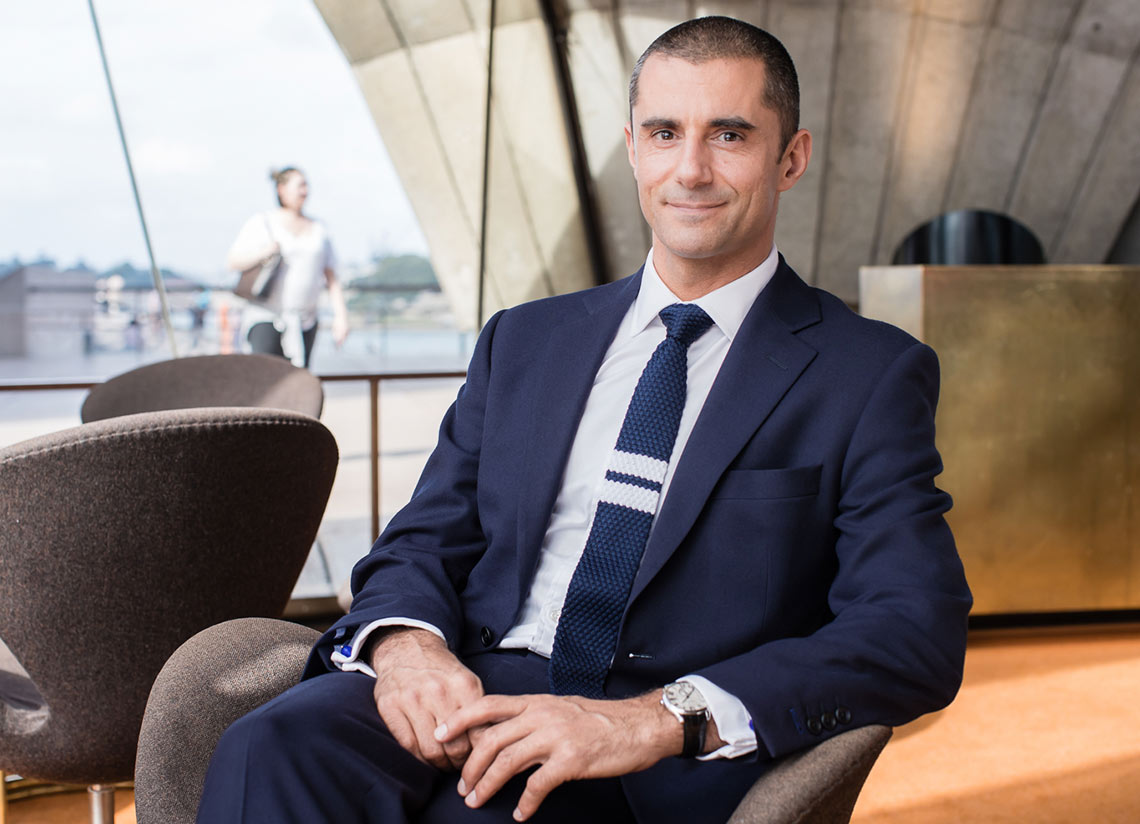 Jeremy Courmadias lives and breathes restaurants. With a career spanning over 25 years in the industry, Jeremy has delivered excellence in hospitality at some of Australia and the UK’s most highly regarded restaurants. From Jacques Reymond in Melbourne to Le Caprice in London, Jeremy has led prestigious teams to create seamless, polished service whilst always keeping extraordinary guest experience at its heart.

A steadfast reputation as one of London’s service greats led Jeremy to Rockpool Group in early 2009. Under the leadership of Neil Perry and Trish Richards, Jeremy held the reigns for close to 9 years as General Manager of several Rockpool restaurants, including Rockpool Bar & Grill, Spice Temple, and Eleven Bridge.

Jeremy joined the Fink family as General Manager in December 2017. Welcomed with open arms, Jeremy was charged with overseeing six Fink restaurants and our Head office, with some 400 staff. In his role as head of all things Fink, Jeremy is focused on building a culture of professionalism, empowerment, support and excellence. In rolling out group wide systems to streamline efficiencies and increase productivity, Jeremy endeavours to unite the Fink restaurants to collaborate, create and think collectively, all the while maintaining each venue’s own identity.

At Fink, it is Jeremy’s mission to build the Fink profile as both a stamp of quality and a world leader in hospitality. Fundamentally, it is the people, both guests and staff alike, coupled with building strong culture that drives him every day.

Fink has achieved extensive accolades through a combined result of dedication, experience, professionalism, vision and intent. 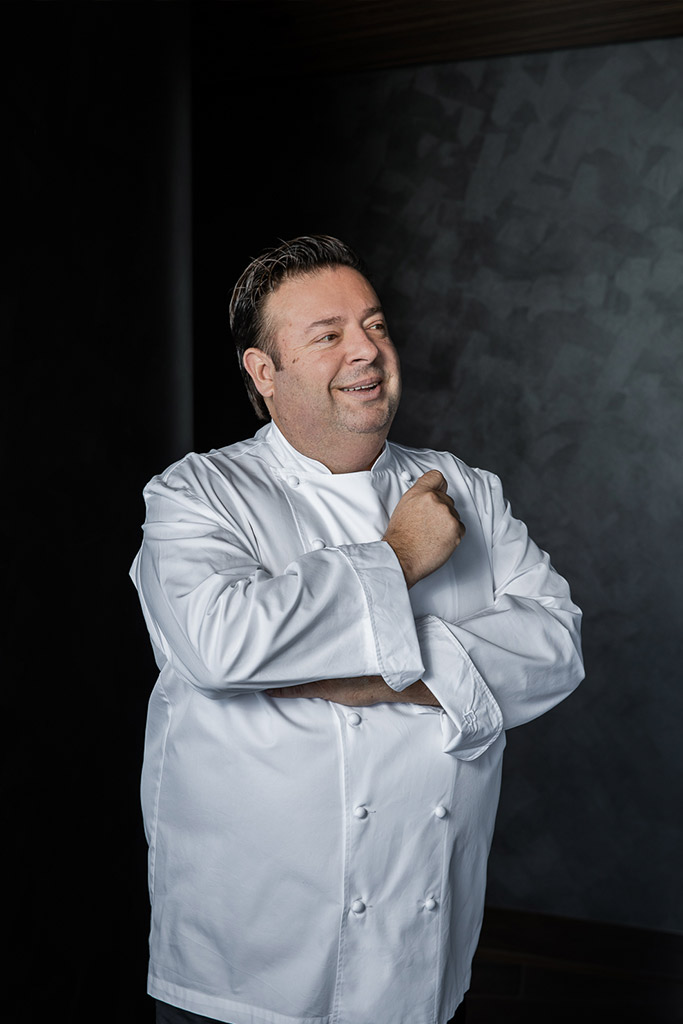 The Fink’s first fine dining establishment, Quay, is one of Australia’s most awarded restaurants. Quay has received Three Chefs Hats for 18 consecutive years and has been named Restaurant , the Year five times in The Sydney Morning Herald Good Food Guide. Quay currently has Three Stars and has been awarded Restaurant of the Year four times in the Australian Gourmet Traveller Restaurant Guide. Quay was also listed for five years on the World’s 50 Best Restaurant list and held the title of Best Restaurant in Australasia for three of those years. It sat in World’s 100 Be. Restaurant list for a further 4 years.

After an extensive renovation and reimagination, Quay reopened in 2018 to be awarded Restaurant of the Year in the Australian Gourmet Traveller Restaurant Guide, rating the restaurant as #1 in the country. Quay was also received one of the highest reviews in history from the Sydney Morning Herald reviewer Terry Durack, awarding the restaurant 19/20 and subsequently Three Chefs Hats in the annual Good Food awards. At this time Executive Chef Peter Gilmore was also named Citi Chef of the Year in The Sydney Morning Herald Good Food Guide. In The Australian Hot 100, Quay’s Tasmanian Uni dish w. awarded Hottest Dish and the restaurant was awarded Hottest Classic. 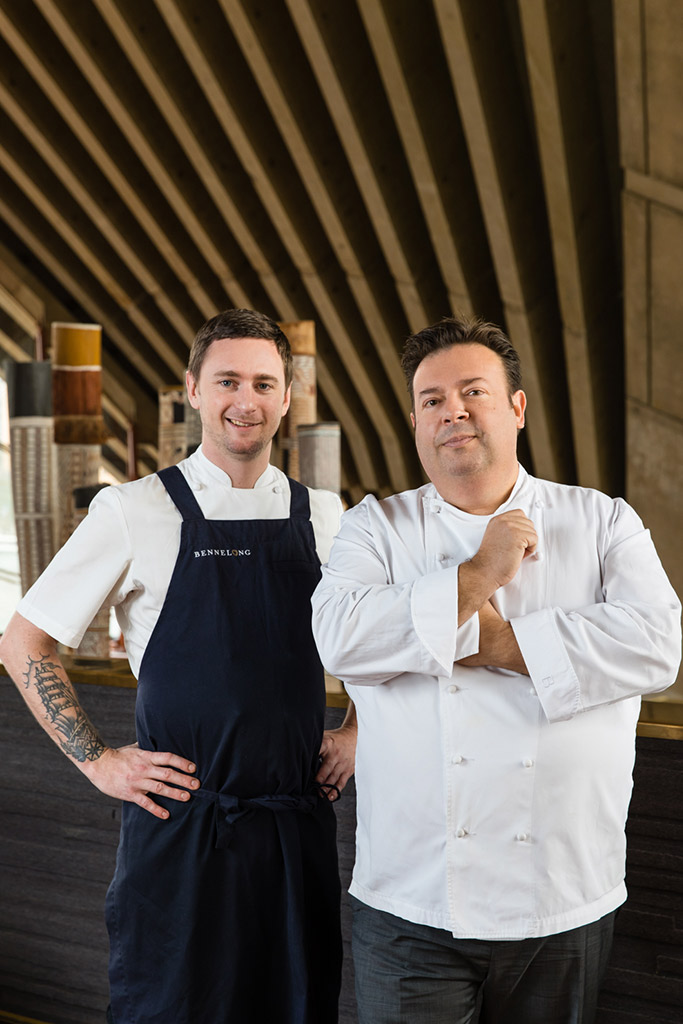 Over the past three years, the restaurant has continued to receive Two Chef Hats by The Sydney Morning Herald Good Food Guide and is currently placed at number 11 in the Australian Gourmet Traveller Restaurant Guide. 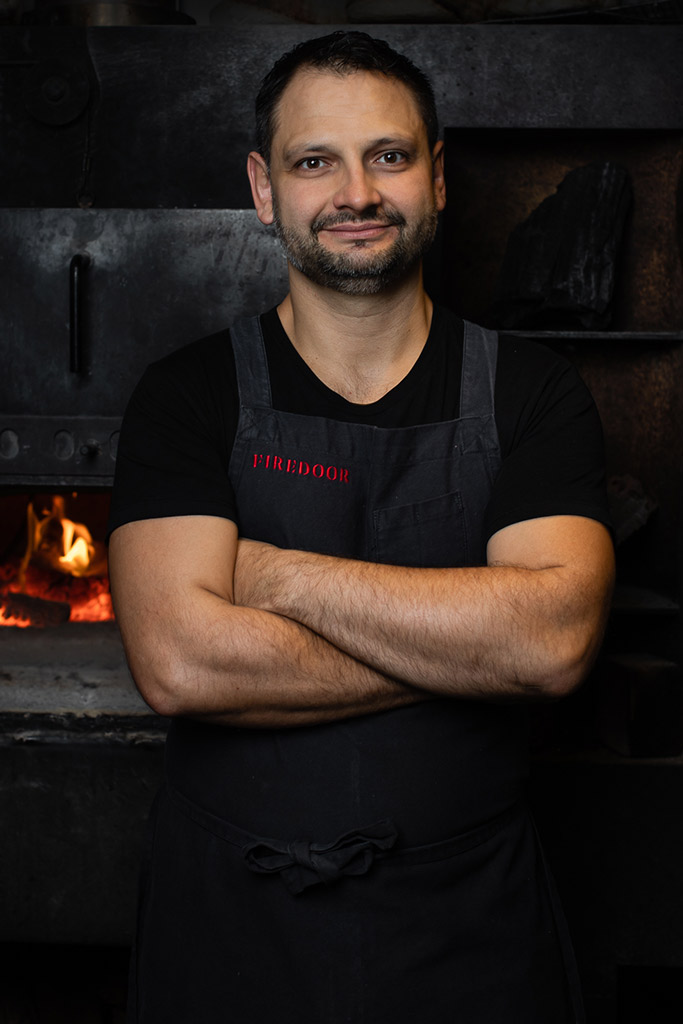 In 2015, Firedoor, perhaps one of the most anticipated restaurants in Australian culinary history, swung open their doors to receive One Chef Hat in its first year of opening by The Sydney Morning Herald Good Food Guide. Head Chef and Co-Owner Lennox Hastie was also named Best New Talent in 2015, and Firedoor was named #19 in the Australian Gourmet Traveller Restaurant Guide. 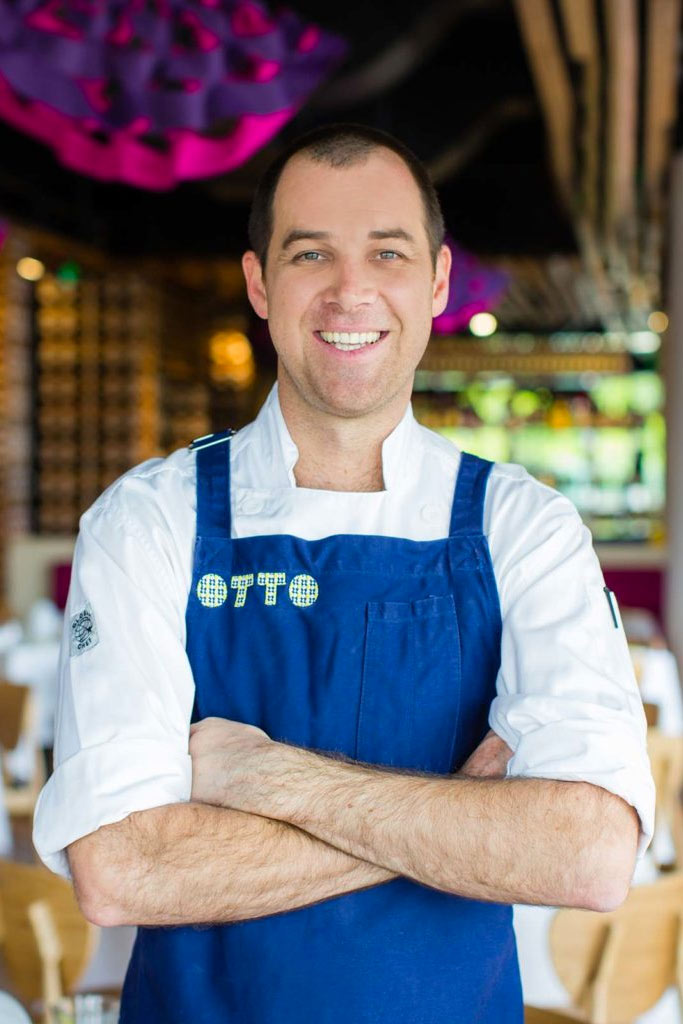 OTTO Brisbane is led by General Manager Alan Hunter and Head Chef Will Cowper, and has forged its way as one of Brisbane’s most popular, successful and consistent performers.

In 2018, OTTO was awarded Best Restaurant Service in the Courier Mail Food Awards, and Two Chef Hats in The Sydney Morning Herald Good Food Guide as well as the remarkable accolade of Wine List of the Year. In 2019, OTTO was listed at number 4, as well as named Best Italian Restaurant in Queensland in the Delicious 100. 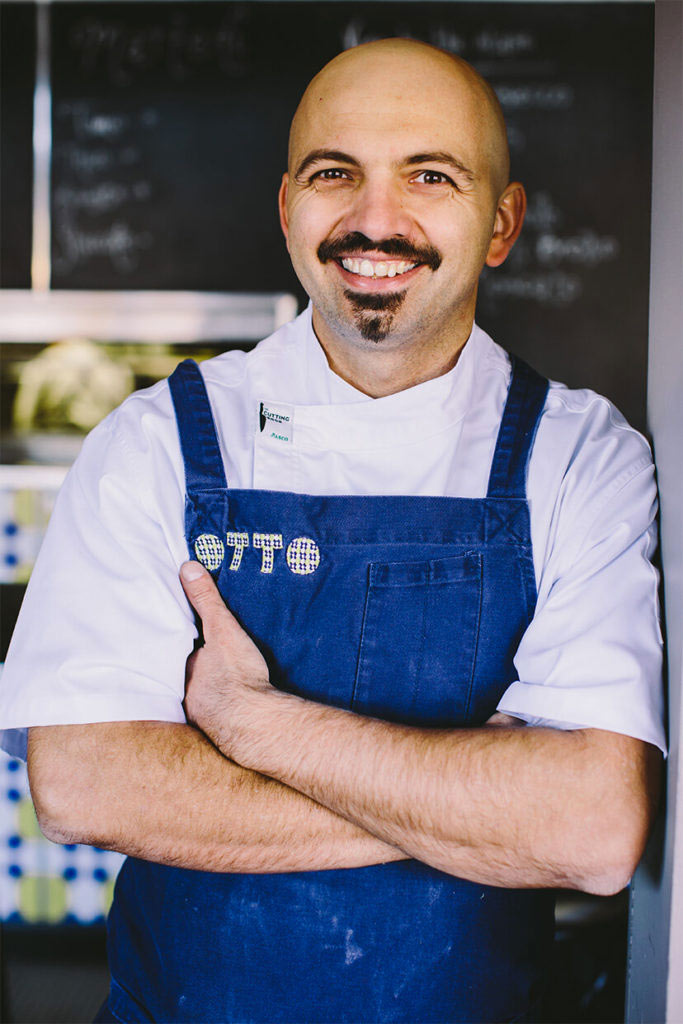 OTTO has an undeniable reputation as one of Sydney’s most respected dining institutions, with long term General Manager Graham Ackling, and Head Chef Richard Ptacnik at the helm. Since the Fink reign, OTTO has consistently held One Chef Hat in The Sydney Morning Herald Good Food Guide and currently holds One Star in the Australian Gourmet Traveller Restaurant Guide.

Keep up to date with Fink

Enter your email address to hear all of the latest Fink news before anyone else.